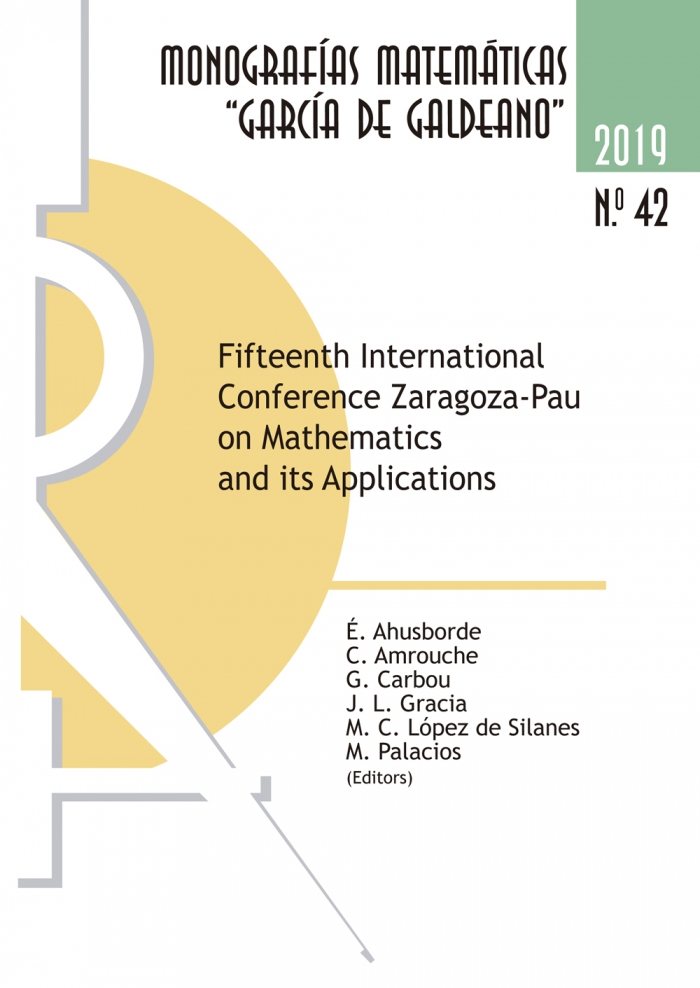 (AGOTADO) Fifteenth International Conference Zaragoza-Pau on Mathematics and its Applications

The International Conference Zaragoza-Pau on Mathematics and its Applications was organized by the Departamento de Matemática Aplicada, the Departamento de Métodos Estadísticos and the Departamento de Matemáticas, all of them from the Universidad de Zaragoza (Spain), and the Laboratoire de Mathématiques et de leurs Applications, from the Université de Pau et des Pays de l’Adour (France). This conference has been held every two years since 1989. The aim of this conference is to present recent advances in Applied Mathematics, Statistics and Pure Mathematics, putting special emphasis on subjects linked to petroleum engineering and environmental problems.

The Fifteenth Conference took place in Jaca (Spain) from 10th to 12nd September 2018. The oﬃcial opening ceremony was graced by the presence of the Chancellor of the University of Zaragoza, Rector Mgfco. D. José Antonio Mayoral Murillo, and the Chancellor of the University of Pau, M. le Président Mohamed Amara. During those three days, 99 mathematicians, coming from diﬀerent universities, research institutes or the industrial sector, attended 9 plenary lectures, 63 contributed talks and a poster session with 7 posters. We note that in this edition there were 10 mini-symposia, two of them co-organized by colleagues from the Universidad de Zaragoza and the Université de Pau et des Pays de l’Adour.