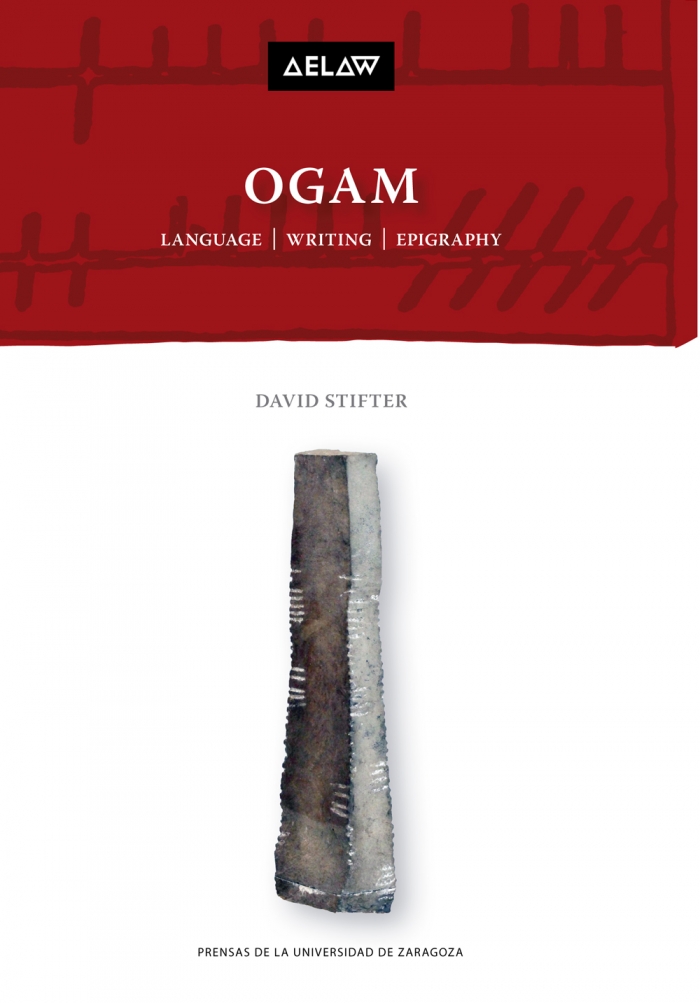 Ogam is an ingenious writing system, consisting only of strokes and notches arranged along a stem-line. As a graphic system, it is among the most abstract and non-iconic writing systems ever devised for human communication. The letters consist of bundles of one to five identical straight parallel strokes, arranged in four classes or groups. Ogam is most commonly found on the arrises of objects, typically on standing stones. Slightly under 500 ogam stones are extant today, chiefly in Ireland, but also in Wales, Scotland, England and the Isle of Man. To this can be added around two dozen portable objects. Originally invented perhaps in the 4th century to write the Primitive Irish language, the 5th–7th centuries are considered to be the classical period of Ogam writing. However, the knowledge of Ogam was never lost and the tradition of its use continues until the modern day. In the high middle ages, it was evenoccasionally adopted into manuscript writing. This volume of the AELAW series offers an introduction to what is known about this writing system and how to interpret inscriptions in Ogam. A census of the inscriptions known today and a concise bibliography round off the volume. The book contains 2 maps, 8 tables and 29 figures.